Last autumn I set out to write a story about Smorgasburg in Jersey City. Smorgasburg is a weekly, open-air food festival with super unique dishes you’ll be hard-pressed to find anywhere else in the area (like duck fat poutine and wagyu burgers on an ube bun).

Welp… then it promptly closed for the season. So, I had to wait until it reopened in the spring. Finally, that time has come! So, for any adventurous eaters out there, I present to you my deep dive into Smorgasburg.

Smorgasburg: Everything you need to know about the Saturday food market in Jersey City

Cast Iron Pot is a classic all-you-can-eat Korean barbecue joint. The 7,000-square-foot restaurant is located in a strip mall next to the H-Mart in Little Ferry. Guests will pick their meat, which has been freshly cut in the open kitchen and have it made right in front of them in a big cast iron pot. The buffet is $36.95 per person. $$$. 260 Bergen Turnpike, Little Ferry; 201-853-9520, castironpotbbq.com.

Mima’s Cuban Cafe, a fast-casual restaurant in East Rutherford, has succumbed to the devastation COVID-19 has inflicted on so many restaurants. Its last day will be June 15.

Chef and owner Kassandra Gutierrez, an alum of the Culinary Institute of America, said that her three-year-old restaurant “just couldn’t recover from COVID-19,” which was made that much worse by the startling increase in food prices.

Sa’Moto, Iron Chef Masaharu Morimoto’s pan-Asian restaurant, will open soon in Garden State Plaza. Morimoto is a Japan-born celebrity chef who has received numerous awards including a James Beard Foundation Award and a Michelin star. The menu will feature dim sum items such as spicy chicken wonton and crab spring rolls as well as appetizers like popcorn shrimp and spicy edamame. Ramen dishes include chicken wonton with ramen noodles and a miso-glazed fried tofu vegan soup.

Czen — pronounced season — a Caribbean-Asian fusion restaurant, will take over the spot where Biddy O’Malley’s was, next door to the Bergen Performing Arts Center in Englewood. Owner Ron Hall hopes to be open at the end of July.

Asked why a Caribbean and Asian restaurant, an amalgamation of two rather different cuisines, Hall answered, “Everyone likes to go the Caribbean and everybody loves sushi and Asian food. I thought, “Let’s try to fuse everything together.'”

Sol-Mar, a Portuguese restaurant in the Ironbound district of Newark, is ramping up for its multi-day celebration of Portugal Day. It will run from June 10 to 12 and feature performances from Portuguese artists. Plenty of food will be served, as well.

And finally, for anyone fighting off early-summer boredom: here’s a list for you! I’ve created a summer bucket list for North Jersey food lovers. Happy eating!

That’s it from me! Until we meet again, here’s where to find more dining news:

Fri Jun 17 , 2022
A food items artist, Amaury Guichon, has amazed men and women with an 8.3-ft giraffe he crafted from molten chocolate A viral online video captured just about every moment of the system as he took his time to shape each contour to realize the wished-for final result The awe-impressed men […] 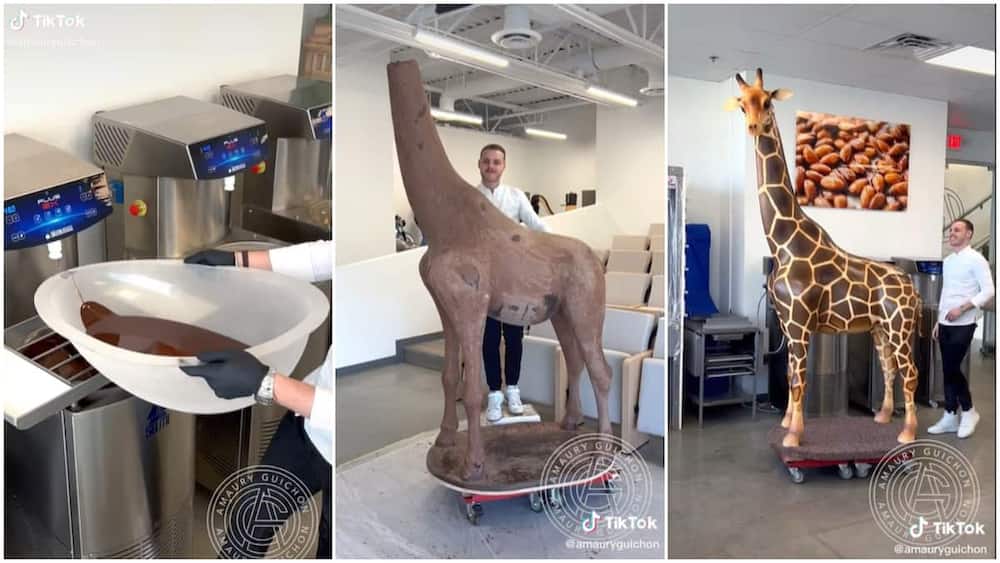