I may live in the best place in Canada for authentic Chinese food, but I have a sentimental attachment to the Canadianized Chinese of my Winnipeg childhood.

We loved to order takeout from Chan’s on Main Street, and then, one winter, my mother took a Chinese cooking class at a local high school. We especially loved her barbecued pork with plum sauce, sweet and sour pork and chow mein.

I was thrilled to find a sheet-pan chow mein in To Asia, With Love, an exciting new cookbook by author and photographer, Hetty McKinnon. Versatile sheet-pan meals require minimal prep and cleanup. As McKinnon says, her flavours are “not strictly Chinese; but they are Asian-ish.”

A rimmed sheet pan is a handy way to rustle it up in this North American adaptation of a traditional Chinese dish. Thin egg noodles are best as they crisp up nicely, but you can use whatever noodles you have on hand. You may also substitute Asian greens for broccoli and sugar snap or snow peas for asparagus. (Adapted from To Asia, With Love by Hetty McKinnon)

Place the bell pepper, carrot and broccoli on a rimmed half-sheet pan, drizzle with 1 tablespoon sesame oil and a splash of grapeseed oil and season with sea salt. Toss to coat and bake 10 minutes, until the vegetables are starting to soften.

Meanwhile, cook the noodles according to package instructions until al dente, 4 to 5 minutes. Drain and cool under cold running water. Drain again and pat dry with a clean tea towel.

Combine the remaining sesame oil, soy sauce, stir-fry sauce, white pepper and garlic in a small bowl and set aside.

Remove the sheet pan from the oven. Drizzle on the sesame oil mixture and toss well. Scatter on the scallion, cilantro and sesame seeds and serve.

This tasty, do-ahead appetizer is my adaptation of a dish my mother learned to cook in her long-ago Chinese cooking class.

Spread honey over tenderloin and marinate for 2 hours in soy sauce in a plastic bag for 2 hours.

Remove tenderloins from marinade (reserve) and grill over medium-hot coals, turning several times and brushing with marinade, for 20 to 30 minutes, until an instant-read thermometer registers 150°F to 155°F in the centre. (Alternatively, sear tenderloins in a cast-iron skillet and roast at 400°F until done, 20 to 25 minutes.)

Transfer to a plate, cover with plastic wrap and refrigerate overnight. Meanwhile, made the plum sauce: Combine the mustard, vinegar, salt, red pepper flakes, garlic, jam, soy sauce and ginger in a small saucepan and bring to a simmer over medium heat. Set aside to cool.

Transfer chilled tenderloins to a cutting board and cut crosswise into slices about ¼-inch thick. Arrange on a platter and serve with hot mustard, toasted sesame seeds and plum sauce.

Tamari is a Japanese form of soy sauce and is a little thicker and less salty than Chinese soy, which leaves a burst of salt on the tongue. The two sauces are similar in colour and flavour and both are produced from fermented soybeans.

Thu Sep 2 , 2021
“Travelling genuinely does broaden your horizons — each in and out of the kitchen — and pushes you to think past the notion that seasoning, and life, is additional than just salt and pepper,” states David Salt. “I have been extremely fortunate to have been born to a loved ones […] 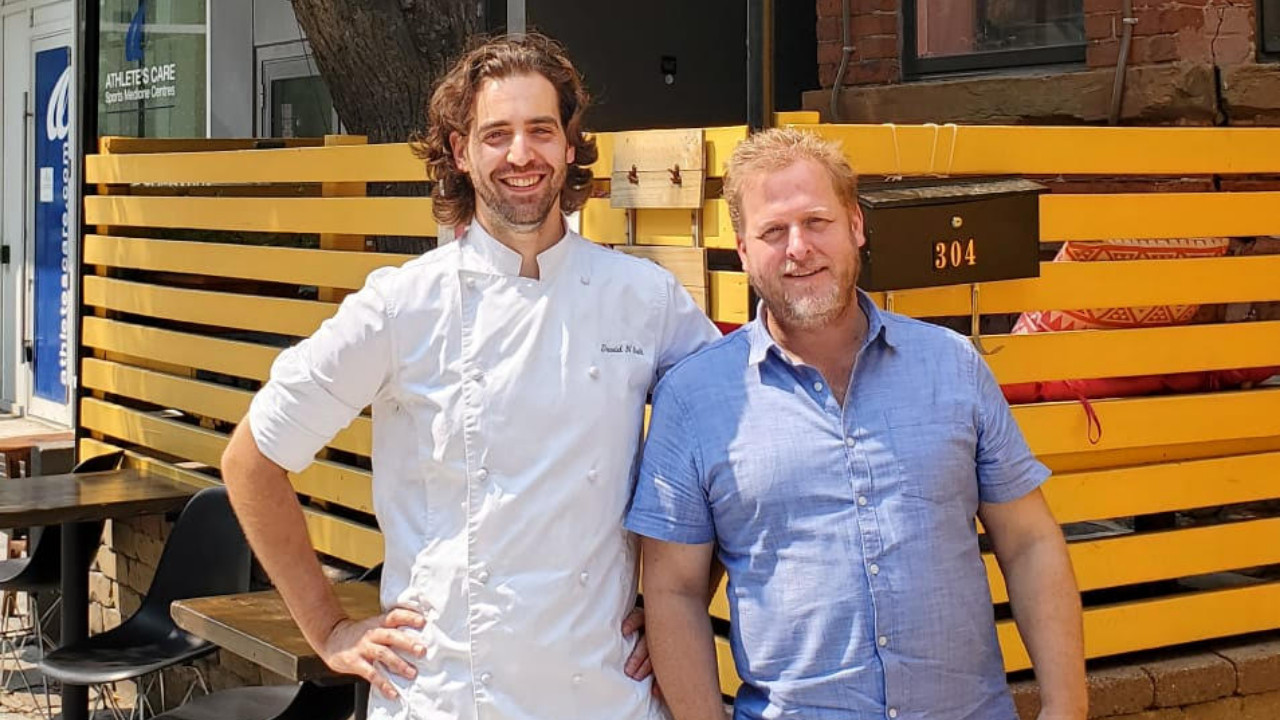