By now, you’ve likely heard of Trader Joe’s Cauliflower Gnocchi. If you live near a Trader Joe’s, you’ve probably even tried it for yourself! And if you’ve tried it…I bet you have strong feelings about it. If you do, you’re not alone.

No matter how you feel about this product, I’m sure we can all agree that the cult following is real. And in a shocking twist of fate (as both a gnocchi lover and cauliflower lover), I’ve never actually tried it for myself! So, I decided to give it a taste — once and for all — and test out some of the most popular cooking methods while doing so.

Trader Joe’s cauliflower gnocchi come frozen in plastic bag, like many of their other freezer-section offerings. They’re only $2.99 for a 12-ounce bag (that makes 2.5 servings), so they’re basically as cost-efficient as they are wildly popular.

I don’t really know what I was expecting these to look like, but after thinking about it for far too long, I’ve decided that they look like what I would create if someone instructed me to make tater tots out of clay. Specific, I know, but just look at them…

Unlike shelf-stable or fresh gnocchi, these ones don’t have any ridges on them — which are usually there to help every last pillowy bite cling onto all the sauce it can. These gnocchi are nearly cylindrical in shape, and yes, very reminiscent of a tater tot.

People talk a lot about cauliflower gnocchi when it comes to finding low-carb substitutions for popular foods, and people clearly aren’t wrong. When looking at the nutrition facts, a single serving comes in at just 140 calories and contains only 22 grams of total carbs.

No matter what method you choose, the directions are very clear about making sure you cook them from frozen — no defrosting necessary, Personally, I really appreciated the fact that I didn’t have to defrost anything. To pan-fry these babies, I started with a hot skillet and added some oil. The directions called for 1–2 tablespoons, and I added 1. This, my friends, was a not-so-great decision on my part.

Since the gnocchi aren’t flat, it’s a liiiiittle tricky to get even contact with the skillet — unless you’re using enough oil to really coat each and every one. I found 1 tablespoon to be not even close to enough, and I’ll double down on this observation considering I was only cooking half a bag this time around.

After getting the first side of my gnocchi a bit too toasty for my liking (and yes, that was over VERY moderate heat), I drizzled in another tablespoon or two of oil for the second side. This side came out much nicer, and it’s partially because the gnocchi had defrosted enough to lie flatter on the skillet, too. All in all, I’d say that the 7- to 10-minute suggested cook time by TJ’s was 100% accurate, too, so this really was a shockingly efficient way to cook up a bag of cauliflower gnocchi at a moment’s notice.

While I waited for my air-fried gnocchi to finish up, I gave these pan-fried ones a ~sauceless~ taste. With a sprinkling of salt, of course. (I’m not a monster.)

I know these aren’t meant to be a magical, low-carb dupe for potato gnocchi, but I can’t say I was 100% impressed. The cauliflower taste (and faint smell) was definitely there, but it was way less overpowering than I thought it would be. Major win! The texture, however, was disappointing.

After biting into that mouthwateringly crisp exterior, I found the inside to be a little too gummy for my liking. I was expecting a dense-but-fluffy bite — similar to the pre-packaged, shelf-stable variety — but these were just way too chewy. It’s not bad by any means, but if you’re looking for some classic gnocchi fluffiness, you won’t find it here…at least not through pan-frying. After that bite, I was really stoked to try out the air-fryer version.

Since I wasn’t using a traditional air fryer basket, I actually preheated my baking sheet before arranging the gnocchi on it. Getting things nice and hot right off the bat meant that my final results were evenly cooked across the board. I coated the frozen gnocchi in a little bit of oil, tossed them in at 400ºF, and let the oven do its thing.

From frozen to cooked, it took me about 20 minutes total — 5 minutes longer than the instructions suggested — but again, I’d chalk it up to the equipment itself.

Like the pan-fried version, I tested this one on its own, and TBH, I was shocked at just how different the results of these two cooking methods were.

After tasting both versions without sauce, I obviously had to sauce ’em up and reconsider. I dunno about you, but when I think of gnocchi, I think of sage and brown butter…or maaaaaybe that’s just because of the packaging.

Regardless, I whipped up a quick sage and brown butter sauce for these gnocchi, and added a nice pinch of bright lemon zest to counteract all that richness.

I poured all that saucy goodness over the pan-fried and air-fried versions, and not to toot my own horn, but when compared to the TJ’s bag…I thought I did a pretty good job!

When it came to taste, however, I still think the air fryer version reigned supreme…even if the pan-fried version looked way better. Don’t get me wrong — I’d eat just about anything covered in brown butter (and these gnocchi were no exception), but I felt that the richness of the sauce combined with the excessive chewiness of the pan-fried gnocchi made for a result that was overwhelmingly rich. Overall, the air fryer gnocchi felt lighter and more enjoyable to eat…the only thing I was sad about was that I didn’t have any more of it to chow down on.

If you’ve tried Trader Joe’s Cauliflower Gnocchi and have thoughts, tell me about them below. Or, if you have a cooking method you’re particularly obsessed with, drop it in the comments! 👇

Tue Apr 26 , 2022
As the sunset illuminates the San Diego skyline, a kayaker launches from a beach, Monday, April 22, 2019, in Coronado, Calif. Ask nearly any local what kind of food San Diego is best known for, and the universal answer is tacos. The city’s location, less than 20 miles from the […] 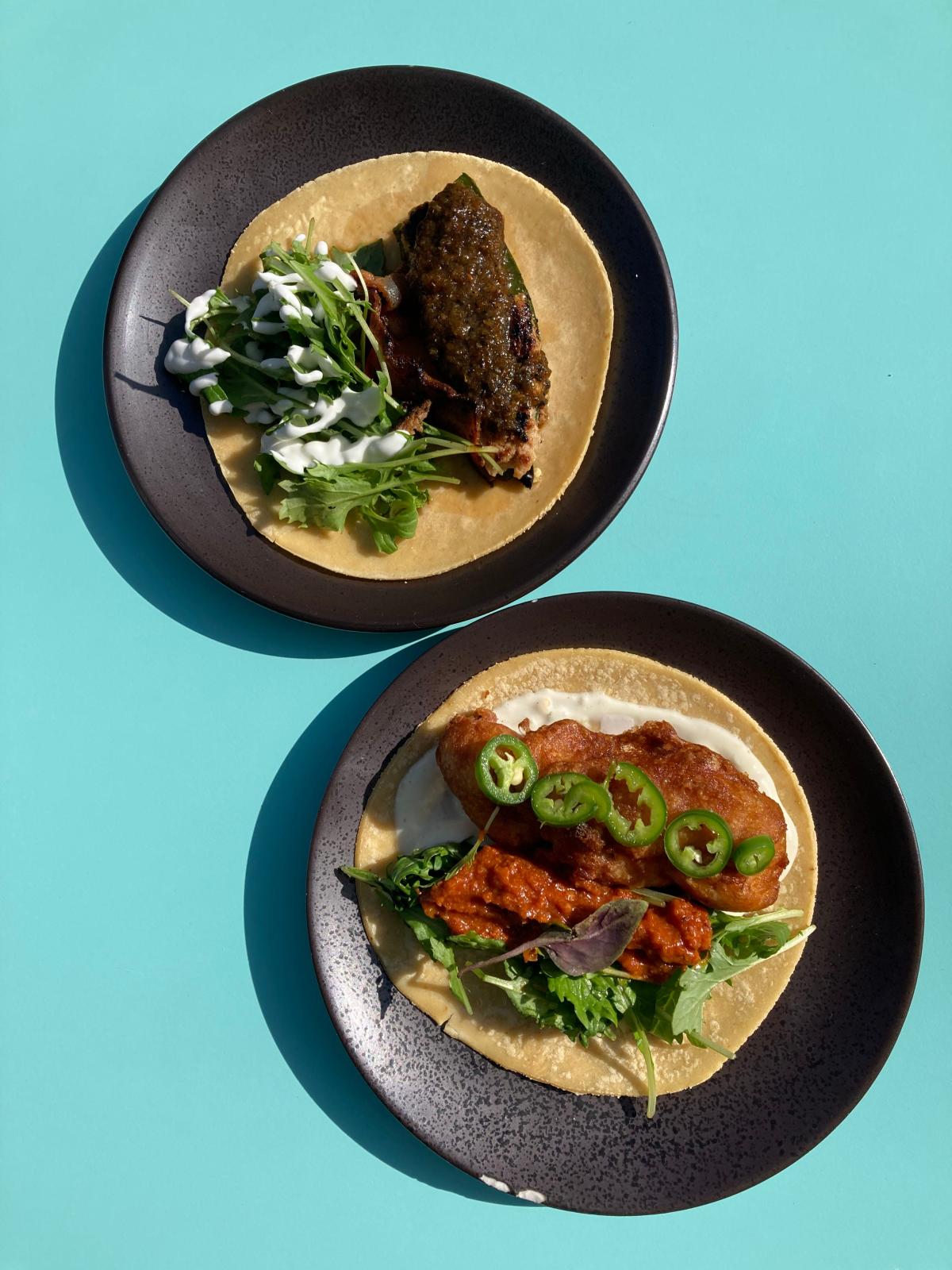