More than two years into the coronavirus pandemic, restaurants across the city continue to open their doors, sometimes because their concepts could be adapted to the new normal, but more often because their owners saw no other choice but to forge ahead. Since March 16, 2020, when the state first temporarily closed indoor dining, hundreds of new restaurants have opened, including a new smash burger spot in a sprawling Financial District food hall, a coffee bar for the Strand Bookstore, and Artshack Cafe/Bar, attached to a non-profit ceramics studio.

Here’s a roundup of the restaurants and bars that opened in July. This list will be updated weekly. If there’s an opening in your neighborhood that we’ve missed, let us know at ny@eater.com.

Health experts consider dining out to be a high-risk activity for the unvaccinated; it may pose a risk for the vaccinated, especially in areas with substantial COVID transmission.

Bed-Stuy: New Brooklyn bookstore Dear Friend has a cafe attached. Owner Anna Sergeeva tells Eater that the daytime shop is already stocked with black coffee, teas, and kombucha. Natural wine, beer, and sake will be rolled out this fall. 343A Tompkins Avenue, at Monroe Street

Boerum Hill: Known for bagels that are hand-rolled, poached and baked in a wood-fired oven, Black Seed Bagels continues to grow with a new location connected to the Ace Hotel Brooklyn, according to a representative. 252 Schermerhorn Street, at Bond Street

Chelsea: Gupshup owner Jimmy Rizvi is expanding his fast-casual offshoot Chote Miya into Chelsea Market, according to a representative. The Indian street food spot — stocked with chaats, samosas, and kebabs — also maintains a location in Time Out Market in Dumbo. 75 Ninth Avenue, between West 15th and 16th streets

East Village: Restaurateur Ravi DeRossi — who can’t resist shuffling his multiple East Village restaurants and bars around on a regular basis — has relocated beer bar Proleteriat to a larger space in the neighborhood. The extensive beer menu remains, according to a representative, but it is now paired with vegan English fare including a shepherd’s pie stuffed with polenta and potato cakes. 21 East Seventh Street, between Second and Third avenues

East Village: A representative for Sushi Lab tells Eater that the rooftop sushi counter at Midtown’s Sanctuary Hotel debuts a second location today with two tiers of omakases: a 13-course meal for $65 and a 15-course at $100. 320 East 11th Street, between First and Second avenues

Financial District: The chain of Urbanspace food halls has touched down in FiDi, bringing a fleet of new food vendors to the neighborhood. Extra Sauce, a food business that’s been popping up across Brooklyn during the pandemic, is one of them, bringing gochujang aioli smash burgers and fried chicken sandwiches to the food hall. 100 Pearl Street, near Hanover Square

Gowanus: The old Fletcher’s BBQ space is now home to the first Brooklyn outpost of Mighty Quinn’s BBQ. Co-founder and co-CEO, Micha Magid, tells Patch that the owner of Fletcher’s gave him a call to notify him of the soon-to-be vacant property. Magid “jumped” at the opportunity to take over the space as the chain — which currently has locations in NYC, Florida, Maryland, New Jersey, and Dubai — carries out its larger nationwide expansion. 433 Third Avenue, near Eighth Street

Hudson Yards: Since launching in 1936, NYC bialy destination Kossar’s is expanding to two new locations: Hudson Yards this week and the Upper East Side this fall. 536 West 30th Street, near Eleventh Avenue

Midtown: The fancy Manhattan West complex — that already houses the upscale Eastern Mediterranean spot Zou Zou’s — now has a new player: Hidden Leaf, a pan-Asian restaurant operated by Josh Cohen, an owner of Lilia. The menu, led by Buddakan alum Chai Trivedi, includes pork and shrimp toast with a daikon-carrot marmalade, dim sum, and a salted egg yolk fried chicken, according to a representative. Hidden Leaf is located inside of Midnight Theatre, an entertainment venue set to open this fall. 75 Manhattan West Plaza, near Tenth Avenue

Midtown: Nordstrom has added to its roster of restaurants (including Wolf, with Seattle restaurateur Ethan Stowell, and Jeannie’s, with Seattle’s Tom Douglas) with the opening of the Nordstrom Burger Bar, according to a spokesperson. Look for six types of patties like the Classic (American cheese, lettuce, tomato, onion, garlic dill pickle, and house sauce) or Jammin’ Jalapeno (jerk seasoning, brie, garlic aioli, tomato jalapeño bacon jam, and arugula). Also available: Variations on fries and condiments, as well as hand-spun milkshakes. Lower Level 2, 225 West 57th Street, near Broadway

Union Square: The Strand Bookstore now has an in-house coffee option thanks to a partnership with Brooklyn Roasting Company that debuted in June, according to the coffee chain’s Instagram post. 828 Broadway, at East 12th Street

Tue Jul 12 , 2022
THE KARDASHIAN’S own chef has vowed to make Kim achieve about 15 kilos after admirers concern she has gotten much too slim. Chef K discovered her new recipe for a scrumptious batch of cookies in an Instagram reel. 5Related Posts:Your complete guide to open-air food market: Smorgasburg Chef K shared […] 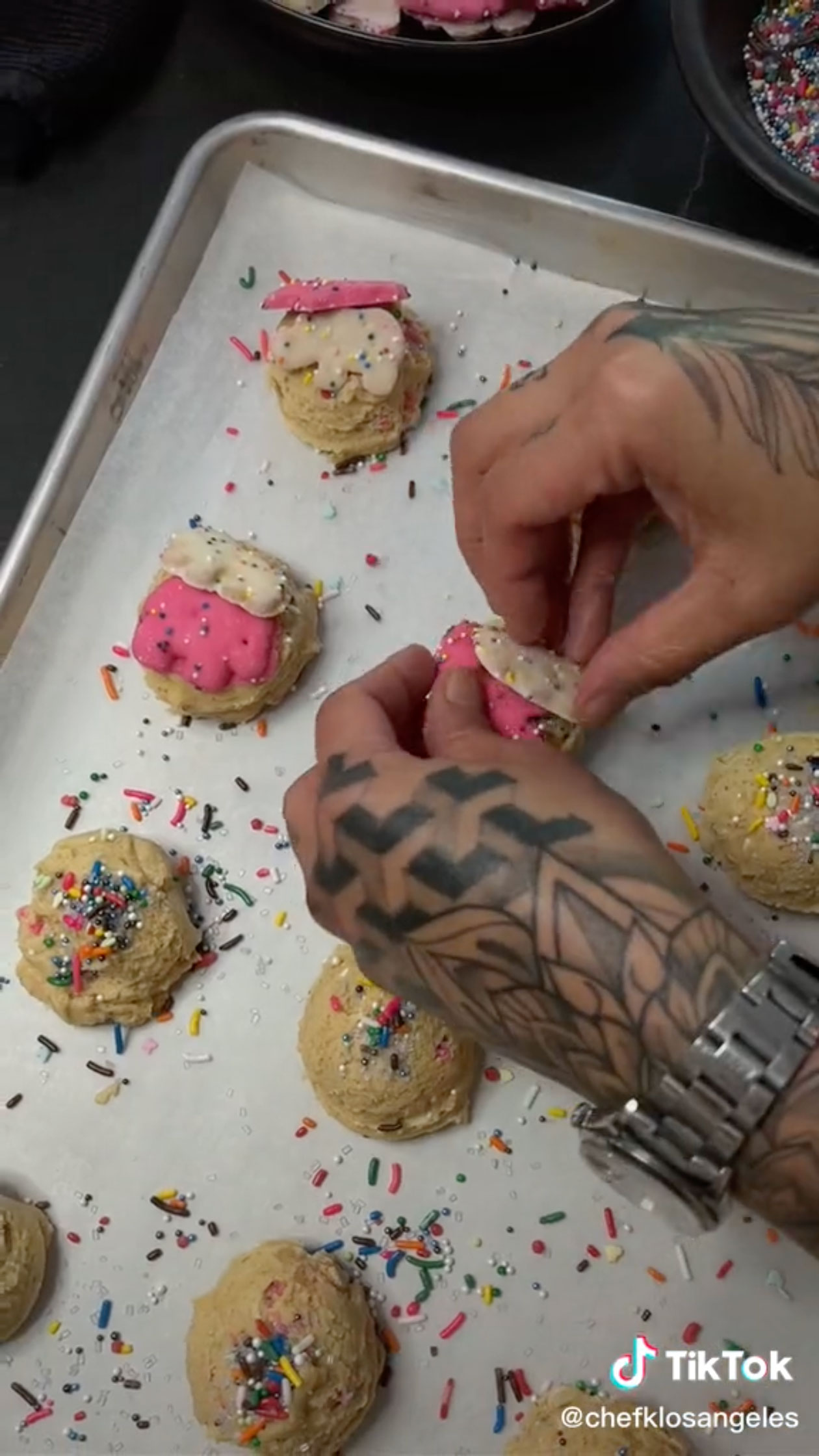